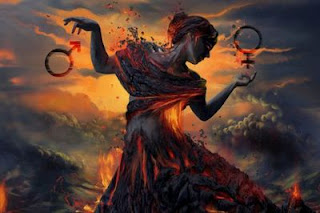 Ultimately, for the Sacred Union to emerge, we must embrace our Sacred Feminine, We must embrace our Sacred Masculine, and come to terms with these aspects within us, for their integration, to be reflected out into this Co-Created, Holographic Universe.
It is an amazing time to be alive, we have a tremendous responsibility to humanity and this planet; we are the Architects of a New Reality, and the Future is in OUR hands!
Posted by OrangeRay3 at 7:25 AM No comments: