Everything You Need to Know About Our Creation, Design Purpose & Evolution 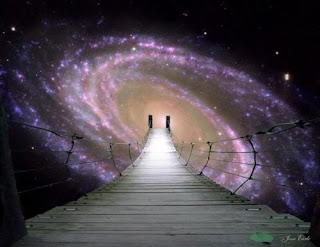 Like most seekers of truth, we are just wired this way; our commitment to understanding creation and the multi-dimensions, drives our very existence. We devote our lives toward the disclosure of truth, willingly dropping down rabbit holes in search of clues to the gigantic coded puzzle. There are many twists and turns on this path, making it essential to cultivate the kind of discernment that borders on the cultivation of a 6th sense instinct that is an activation of our akashic memory bank.
Remaining open minded, neutral in polarity, and flexible/fluid in awareness is key.

Few really reach the point of comprehension, albeit, many think they do; you'll know you are ascending the path when you get to the point of recognizing you know nothing!

It is not easy to discuss, it is difficult to share; it is right before our eyes, yet we fail to really "see" because our minds get in our way. Let go of all you think you know; become a vessel, moving with where the tide takes you. So does the Universe; it synchronistically shares it's secret language, waiting for the apprentice to recognize the sign posts that navigates us through invisible terrain.

I am sharing with you, 2 of the most powerful tools of disclosure of "what this place is"; it is up to you to utilize the 2 hr. video and the book, which I also profiled on my Gaia Rising Now show, so you can listen to the reading of the book if that is easier. Point is, the sooner we all have full awareness in the "dream", the sooner we can be released from the mono-frame.

The information that Dr. Scott McQuate breaks down for you is the absolute truth!
If you are ready for it, this is the kind of truth that sets one free.

(PLEASE invest the 2 hours; if you are true seekers, this should not be an issue)

This also is an incredible complement to the information Dr. McQuate shares. The Enlightenment is quite a mystery. Nothing written by this author before or after the could be found. Regardless, he is documenting the story of another person's experience, who then disappears after she has concluded the documentation with the writer.

What I can tell you is that all the circumstances surrounding the story are true.

I did a reading of the parts that were prescient, on my Halloween show for...

Reading of "The Enlightenment" begins at: 16:33

Please feel free to ask questions, offer stories of your own; let's start a discussion xo

Music for the Soul

Duality; it's killing you! It will shut you out of the New Earth frequency!


WOW! Never has duality gridlock been so present, as to reflect our current societal position.
An "intestinal block",  in our own individual collective consciousness but it is also mirrored, and reflected as the gigantic seismic energy impacted on the West Coast of "Merica"; a country founded in blood, and resources; and equally present in the BLM land grab for the West's minerals, water, oil...Gaia's very body and soul are being ripped to shreds; fragmented, much in the way our society has been mind controlled through the trauma based/sex kitten fragmentation of the MK Ultra program.

The upcoming so called democratic Presidential election itself offers a myriad of inversions.

House of Orange's Donald Trump, who also appears orange from his fake tan. Is a classic con man; a racist (KKK family members), sexist, elitist, classless, egotist....and I am being quite general. This man represents 61% of the United States Inc?

Then we have that push again for a woman; well isn't that why they asked her to step aside back in 08, so that the man who won a Peace Prize for nothing (that we the peons know of) upon his entrance into office, could be the one to pull down the curtain. What irony that a black man would be the one to pull the hammer down with the Agenda 21/30, nazi doctrine. Explains TrumpKlan.

Hillary Clinton; can I get a witness??? Her energetic resemblance to Dick Cheney is shocking!
Talk about polarized; where is the love?

Then there's good ole Bernie Sanders, a Jewish Socialist. Can you see all the inversions here???

HEAR ME NOW: THE EMPEROR WEARS NO CLOTHES!

If anything, this group is meant to show you our collective fragmentation. Supreme sexplotation of the feminine, along with repressed homophobic, patriarchal oppression....and Bernie Sanders.

Integration of polarities/yin/yang/duality is the only way to move into 5D....period!
Finding the Neutral is the path out of 3D.
By continuing to participate in elections that we know are rigged and unfair, is no different that staying in an abusive relationship.
By remaining silent, we recreate Nazi Germany, and Hitler's rise.
By remaining silent we agree to be terrorized, victimized, and herded like sheep.
Stop reacting; stop fueling fires; you can choose to live or choose to die.....OR...
...You can shake off the distractions, step out of the mind prison, and see your fellow man/woman as yourself; let's bring about the changes we KNOW are possible!

YOU DON'T NEED PERMISSION; YOU ARE THE CONTROLLER; STEP AROUND THE FLOUNDERING 3 DIMENSIONAL REALITY, AND BEGIN CREATING NEW ARCHITECTURE!

The love you seek; the validation you crave, the potential to achieve your goals, all begin within YOU! I understand it is difficult...if it were easy, unfortunately, you would not learn anything.
What you resist, persists; learn how to navigate the landscape! Learn to enjoy it! Learn to create it! 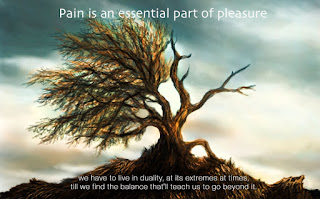 Do not feed the fear, starve it out with a centered and balanced ego. Ignite the flame of intention, with the unconditional, non judgmental, radiance of a child. I promise, if you do the work, YOU WILL SEE THE REWARDS!