Turn and Face the Change

A desired concept, but to implement change, incurs deep fears; induces deep romanticism, and thus overcomes one with doom.

This is why change can be painful, but it doesn’t have to be.

At this moment in our hu-man history, we are experiencing an evolution of consciousness. It is rooted in the double helix activation of our original 12 strand D.N.A. template.
This activation, brings the process of integration of duality, into the neutral position; thus balancing the yin/yang or torus energy within our human element. Think of our human battery, which is our electrical/nervous system of this body we inhabit; as having wires into the left brain/male/positive connection, as well as a female/negative/right brain connection. This is our neuro-network. When these two frequencies are harmonized, we have connected to the heart/mind network, receiving information directly from the pineal gland/3rd eye, which initiates us into the architecture of the 5th dimension.

This shows up in gender fluidity; the merging of gay or straight, into the space of “experience and connection” unto itself thusly unattached to the labeled definition of socially acceptable gender preference options. Reflective of all gender types being accepted into the military.
Time, as a defining feature, is also losing its attachment, as we move into the architecture of the 5th dimensional spectrum. Our experiences in those other dimensions during our dream state, becoming more tangible and clear. Many of those pieces of our multidimensional interfaces, are bleeding into this dimension to continue the process of grounding and structuring this new architecture. We are expending our awareness, and perspective, beyond the 3 dimensional reality we were born into.

This extends to borders and immigration; issues of nationalism and patriotism.

For many, this is bringing up fear, anger, and frustration as they struggle to hold onto what is, in effect, the collapse of our 3 dimensional reality/perspective.
Perspective can also be limiting, as without experience, perspective is limited to a limited vision.

When the truth of our origins as migrants to this planet; with ancestral roots in other galaxies, which is clearly reflective in all that you see here on this planet: hybridized beings, who share mutual D.N.A., that originates from beyond this planet. Once our perspective is enhanced to accept all that is, and we are able to experience without judgment; recognize our blockages which manifest as fear or anger, and face these monster without resistance; we are able to expand our awareness in a way that can progress our human species.

The etymology of Language, is going through a revolution as well, as we begin to know ourselves as co-creators. Language is littered with limiting linguistics, especially within our common slang phrases such as: “hang in there”. The concept that this programs into our subconscious, can be very self regulating. We also must overcome our relationship with old paradigm programming. Our subconscious mind has existed, to store our unresolved information. This is then exploited to root us in limiting consciousness, and thus magnetizes the very thing we wish to avoid. To overcome the subconscious mind, one only needs be in the here and now of their feelings, and recognize all the shadowed pieces. Accepting one's self, in all of this fragmentation, becomes the glue to hold the conscious mind in real time. Heart and Mind together, resonating with all that is...Chante Ishta.

When we  are able to get past the fear, and recognize that right now, we have the incredible opportunity to create the template for our future, with the design features that enhance our contribution to our existence here. Whatever you wish to create, it is up to you to do...and because we have an expanded scope, this is possible!

Posted by OrangeRay3 at 1:08 PM No comments: 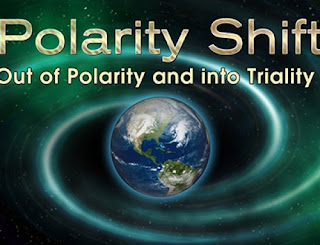