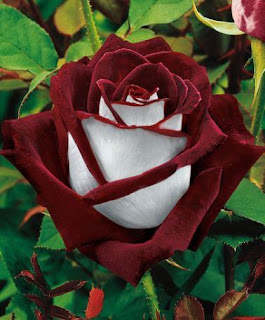 I must confess I am stuck in duality! I fought to love myself but I hate that I aggravate people; I love my husband but hate his fear of his immense talent; I love my animal kids but hate that they don't appreciate how good they have it; I love my town but hate the ego domination, I love humanity but hate it's convenient ignorance and co-dependence...but the one thing that never waivers is my
Mother Earth! She never disappoints me! Her beauty fills me up and holds my heart with the love only a mother has for their child.
Music too, is a secret garden where I dance to rhythms and harmonize my rhymes; where I paint the landscape of truth that cannot be denied. Pure expression cannot be bought or sold; it is elusive to hold; it is a gift of treasure; no ordinary measure.
I know the immense love I feel when I see integrity and I know my disgust simmers a nasty brew when faced with hypocrisy.
Perhaps Kali Ma channels through me, I don't know?
I embrace multi-dimensionalism, that concept is a no brainer, as I have functional access to that practice. Triple Helix D.N.A. upgrade!!!
I've managed to make it through 5 decades without Theocratic hijacking to stay on topic.
This place is an experiment; systems, institutions and competitions....all corrupt in that they are soul stealer's!
Since 18, my dream was to buy as many acres in the forest that I could to start a progressive community without duality gridlock. I came close in that I bought 1/2 acre in a forest that was founded by a socialist group who helped rescue the trees from loggers only to be forced to surrender it to the system in order to save it but it's dying anyway. Unfortunately only half the town still reflects those core values of co-operation and conservator spirit; so once again, caught in duality's web.
But we press on:)
I want to know I made a difference, that my mission was not in vein?
All I have to offer is truth;
All I have to offer is hard won fearlessness;
All I have to offer is my voice and my words.
All I have to offer is my passion and inspiration, from the depths of my soul...
...which I still have because it was not sold!
{Stellium of Virgo in the 12th}
Commanding fearlessness
I seal the output of intelligence
With the overtone tone of radiance
I am guided by the power of flowering
I am a galactic activation portal
(disclaimer: to break the duality gridlock we must embrace the dark & light elements of our anima to elevate our consciousness to spirit over matter. When we find our identity within these constraints, we create a balanced position of neutrality over the HuMan experience)

Posted by OrangeRay3 at 1:12 PM No comments:

Save the Bees, Plant a Garden! 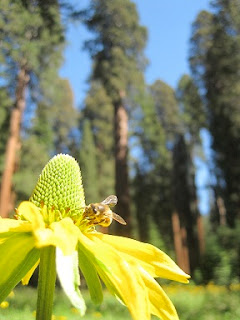 As our population continues to explode and our food supply is compromised daily by pesticides, fertilizers and GMO engineering, it is vitally important that we recognize the plight of our pollinators, most specifically, our honeybees.


In the last month globally, our honeybee population has been virtually wiped out!


In May, the U.S. Department of Agriculture released a report that found we have lost 31% of our bee colonies this past winter


The Central Valley of California is a focal point for most of the nations fruit production, the potential for loss both nutritionally and financially, is apocalyptic!


Beekeepers in Montecito, Monterey and Bakersfield, are all reporting losses this year. In fact the Central Coast beekeepers released a report in April of a 15% increase in deaths this winter from last.


In Oregon, a state that has been quite vigilant in keeping it's environment as pristine as possible, the fact that 100 people showed up on Sunday June 30 for a memorial service for the bees, speaks volumes. Commercial beekeepers in 22 states have reported the deaths of tens of thousands of honeybee colonies. In the last year in total, we've lost 50% of our hives. China is also experiencing the losses and as a result, are "hand pollinating" their bees.


What is happening and what is the "accelerant" that is bringing the issue to a head?


Biggest Threat:
While pesticides, fungicides, herbicides, electromagnetic low frequencies from cell phones weakens their immune systems thus leaving them vulnerable to: mites, the zombie fly (yes, that's what they call it), the gut parasite known as "nosema", disease; add to that, vandalism (I was dismayed to imagine people would purposely destroy bee hives for a quick "power fix") and these are the predominate threats; the most aggressive and insidious destroyer is a pesticide called "neonictinoid". Produced by Syngenta, Monsanto's Swiss counter-part; specializing in, you guessed it, seeds and pesticides. From a logical standpoint I ask: "In whose reality does "seeds & pesticides" make sense? Well, let's dig deeper.

In 2008, after much litigation regarding the ownership of patent over "neonicotinoid" insecticides, Monsanto and Syngenta (Syngenta had won an earlier litigation in 2001 in which the U.S. Patent Court upheld an ownership claim by Syngenta over Bayer for the rights to neonicotinoids) became cognitive partners in the global ownership of our food supply and it's organic "chain".


That chain is the "circle of life" they sing about in that commercially popular "Lion King", but this is the "real life" version that will inevitably collapse the pollinators in addition to our own "hive" as well. The collapse of the honeybee is a metaphor for that same position "humanity" now finds itself in and we must pay attention.

On Tuesday, March 27, 2013, after a huge campaign ensued to petition him not to; Obama signed in H.R.933 rider; section 735 protects biotech companies and their GMO's from regulation. In contrast, on April 29, 2013, on the heels of the people's clarion calls; the European Union voted to put a 2 year ban on neonicotinoids until further studies can be done, however it doesn't take a study to put the dots together.


In each of the above-mentioned tragedies, neonicotinoids was used on the agriculture/vegetation in the immediate vicinity. Whether this is an immediate response or cumulative effect, the fact remains, we are seeing a huge spike in the unexplained deaths of our birds, fish, aquatic invertebrates and other wildlife; that in fact, mirror the symptoms of the bees but are also systemic of many of today's leading health problems in our human populous.


What the bleep is it?
So let's start with what the neonicotinoids do. Derived from nicotine, the pesticide is absorbed by the plant and then expressed in the nectar. It is a "neuro-active" meaning it targets the brain's mechanics. As it wears down the immune system, it leaves the bees in poor health and a target for any numbers of aggravates. This in turn gets passed onto the larvae weakening them from birth as they are being genetically altered and their lifespan decreased. Eventually, neonicotinoids cause paralysis and death in those who ingest it and remember, these chemicals get into the soil and the water systems as well, so this contamination becomes well distributed throughout the food chain.


(I find it interesting that this also mirrors the rise in our own neuro-based "dis-eases" like Alzheimer's, Parkinson's, Asperger's, Autism, Morgellons and Fibromyalgia.)


It all comes down to profits, as Monsanto recently announced a 37% increase in sales.


Getting back on track; I want to express deeply, why our honeybees are so vitally important...they make Honey! Yes they pollinate and bee pollen is the most concentrated and potent deliveries of what our honeybees offer. In addition, scientists from Washington University School of Medicine in St. Louis, Missouri have recently reported bee venom to contain "melittin" which is said to exhibit anti-HIV effects. Because the bee venom targets the outside layer of the HIV virus, thus destroying the virus itself, there is little or no chance of a "resistance" build up or in fact, ever developing at all. Additionally, numerous studies have shown that: propolis, royal jelly (considered to be the perfect food), bee pollen and raw honey may also target HIV.
The ancient Chinese were the early practitioners of "apitherapy" which utilized the medicinal qualities of honey. Today, doctors and scientists are discovering what shaman and holistic practitioners have known for centuries: Honey Heals.


Facts about Honey:
Honey is considered one of the "5 elixirs of immortality" in the Hindu culture and holds a significant place in symbolic expression, in most spiritual representations.


Bee Pollen can be used as a "vocal" energizer as it hydrates and dually, like Ginseng; it is an overall energizer adding elasticity to our skin and muscles.


It is complex and targets to balance our overall biochemistry.


It never goes bad but will lose nutritional value when heated over 99 degrees.


Honey is a hydrant


It's good for ophthalmic conditions


In a study of 104 patients with first-degree burns, researchers in Maharashtra, India found that 91% of the honey treated burns were infection free and after 15 days 87% were healed.


Aids gastrointestinal issues but honey is not good for infant's intestinal tracts.


Ulcers of all types benefit from honey.


Aids in the ill effects of radiation and boosts antioxidants.

Ideally, raw honey offers the highest of nutritional as well as medicinal value but as long as it has not been highly processed and refined, you can't go wrong!

Bee an Advocate!
It is indeed, "an inconvenient truth" but we must remember that we are the conservators of the land that must be passed on for the generations to come.


We need to instill the understanding that for every action there will be a reaction!


One place we can start is in our city ordinances. I was surprised to learn that they're no laws protecting bees. In the many cases of vandalism I read about, the bees are only perceived as "property" in the case of beekeepers or seen as a "nuisance" as in pest control, which is really quite a statement about our value system.

Be advocates for all our pollinators: butterflies, bats, dragonflies, hummingbirds, mice, ants, beetles, wasps; they enable most of your favorite foods and produce $40 billion worth of products annually.


So remember: Bee Kind
Posted by OrangeRay3 at 1:57 PM No comments: