Things are never what they seem. 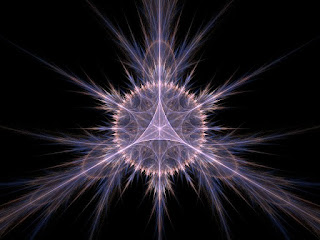 As a rule, people only see what they want to see. Without perspective, comes judgement, however, judgement is subjective, and thus can be used by both polarities.

Until we are ready to collectively take responsibility for our own self awareness and discernment, we are spinning our wheels here.

I did not come into my incarnations upon this planet by accident. I chose to come here, to participate in a project that would unify all life forms, including Gaia.
Nothing has ever been, or will ever be, as important as my mission to unite humanity and it's Starseed families....the Star Nations.

Interdimensional as a child, my ability to perceive the unseen levels and layers of consciousness was profound, and acute beginning at age 3. I grew up in an adult's world. Until the age of around 10, I spent most all my time, with the exception of school, in the company of adults. I could not really relate to other kids my age. Not that I did not have friends at school, I was always a part of the popular crowd except for maybe just a bit on the edge of it, because my life was very different from the kids around me.

My parents were swingers, bringing into my space, a whole plethora of information that I was unable to process. I spent years 7-11 in Hawaii, where I was initiated into Transcendental Meditation.
This was the greatest gift for me as it allowed me a tool, with which to harness my mind; grow it like a muscle; and override the human stranglehold.

My mind has never known a time when I was not strategizing my mission here as an Indigo Starseed.
I am wired by the Universe itself, as a portal into other dimensions as well as an Activation Portal interface, for humanity.

"Wendi" is my avatar; she has served well. We have nearly blown out her circuitry, many times over the years. It is her ability, to walk in the shadows to retrieve other lost souls, that her value is based upon.

Material world conquests, do not interest us. That is illusion.
LOVE is used and abused, in the name of the light, thus, it's inversion lies hidden like a tick.
Until, an awareness of shadow, thus the female, negative polarity, has been ORGANICALLY embraced as an accepted aspect of source; and this need to eradicate all negative polarities is neutered and balanced; what you resist, persists!

I magnetize people, who are unempowered, and have felt victimized.
I polarize, people who cannot face their shadow.

I, as Wendi, do not apologize, for who I am. I am unique and authentic, as intended.
Everything I know comes from within, not the other way around.
I have not been indoctrinated to your material world, I have merely accepted that it is an impediment that I must learn to work/deal with.
I do not accept the patriarchal patronization of the feminine.
It is never empowering to subject our sacred sexuality to Babylonian sacrifice!

I am both a protector of the heart & mind, and a warrior for the trinity=integration/unity/authenticity.

LOVE is a bond; a loyalty; a choice and commitment. It is messy; it can push you to new levels.

Darkness, is merely the quite space in which to contemplate; scream; cry, and purge. It also offers an infusion of empowerment, that when aimed at that light at the end of the tunnel, transforms all demons into spirit guides; aiding you towards your neutrality.


We are the Architects of a New Reality!