The Mechanics of Forgiveness 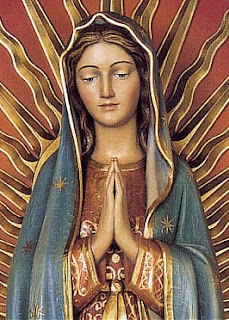 The concept of forgiveness as taught in our spiritual and psycho-analytical circles, offer such self deprecating acts of forgiveness as: "forgive and forget" and "turn the other cheek" leaving me to question why would I turn the other cheek...to get "hit" again on the other one? Is it really wise to forgive and forget, only to find yourself on a merry-go-round of looping martyrdom? Are these really acts of self empowerment or self deprecation? While I'm certainly not advocating for another popular verse: "An eye for an eye", that would indeed, leave us all blind not to mention exhausted but I am most certain that for real healing to take place, their must be accountability. The one in need of forgiveness, must understand what he/she has done and why these actions have caused harm. This is essential as how do we ever learn and grow from our mistakes if we don't understand them? Second, as a victim, trust had been broken leaving the victim to feel used, ashamed, lacking trust sometimes leading to paranoia and most often left unresolved, left to re-loop and magnetize, another victimizing situation. Thus making forgiveness an essential two-way street of awareness and ownership not a mad dash to sweep things under the carpet because they're uncomfortable. "Can't you just forgive already" is NOT the approach to this issue...Nor is "Can't you just forget about it". These are fearful responses the ego whips out in an attempt to gain emotional control over a situation that may require accountability...something the ego won't "bow down to" or "I don't have to answer to you" for.

Forgiveness is not a right, it must be sought, it cannot be imposed. "Seek" forgiveness and it may be granted. Forgiveness falls on the side of the "seeker". Ask first: Do you forgive yourself so you may seek forgiveness from those who were perpetrated? Own it!
Real and lasting Forgiveness, can only be possible, only when it is sought....and it sounds something like this: "I am deeply sorry for how my choices and actions deeply hurt you and destroyed your trust in me. I understand how much this effected you and for that I am deeply sorry. I cannot change the past, but hope that we can recreate our relationship to one of trust, respect and reflective of love"
Posted by OrangeRay3 at 3:24 PM No comments:

If  D.N.A. is our bar code, then are we someones "product" or precious "cataloged" works of art?
Since Sci-Fi has prophesied that about now, in our history, we should be implanted with "chips" that will identify who we are (to our controllers). Sounds like a rancher, attempting to herd his sheep. Shouldn't we be as The Creator intended, a unique wonder unto each ourselves? One elicits freedom, the other imprisonment. Today's accepted reality is, in fact, a form of imprisonment. We are slaves to a system owned and operated by old school plantation owners, whose sole motivation is capitalism at all costs.
For decades now, the people have been striped of the ability to think clearly due to the levels of fluoride pushed upon us to dumb us down; pharmaceuticals pushed down our throat for everything, but mostly numbing down, mass food production with it's high fructose corn syrup and GMO  seeds have further deprived our brains of the food necessary to think and process information clearly much less what it's done to the children who have fallen prey to the generation of "haves and have nots". This is why it has been essential for the "designers of this infected program" to destroy the "bridge"...the middle class, who have represented the stepping stone toward a better life in America; with it destroyed, the "designers" of this matrix can move forward with the idea of creating an Uber-America (If you've ever seen one of my all time fave movies: "Brazil", you get the picture).
Growing up during the birth of punk rock, the post-apocalyptic America our Generation-X screamed was coming, is nearly here. The MK Ultras (google is your friend) programmed to "turn up the volume" on their media infused brain-washing campaigned, in conjunction with our brain being deprived of food, have bull dozed us to the edge of extinction. I DECLARE on behalf of humanity and my fellow man, this is NOT real...it is illusion and we reject this model. In fact the awakening is now and like a virus itself...it cannot be stopped...we WILL evolve and these are, our growing pains.
Empowerment begins within the mind. One must identify the defective program, uninstall the software or upgrade. We deserve to have pure organic food to eat, we deserve to have pure chemically-free water to drink...that is FREE BTW! We deserve to have pure, unbiased truthful information readily available to us and we deserve to have art as a commodity!
Most importantly, we deserve to not be bred in over abundance, to support corporate and military interests above our own survival. What we DO deserve is an intelligent and compassionate society based on the skill-sets each one brings to the table...bartering for our needs, needs that are grounded in the spirit of a truly free and co-operative community who incorporated intuitive and creative, non-linear, multi-dimensional concepts to everyday life making each ONE a purposeful reflection of The Creator, as was intended. 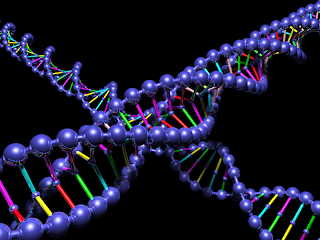 DNA has been determined to be 3% protien structure and 90 % bio-acoustics & electromagnetics. DNA is linked to our spirituality through electromagnetic and cosmic radiation. Our nerves are vital in carrying/conducting our evolving frequencies; pharmeceutical drugs and vaccines have a crippling effect on our consciousness & spirituality by limiting and blocking the upgrading of our DNA thus keeping the species locked into a lower vibration. I assert, there is a conserted effort on the part of the TPTB, to prevent humanities evolution not to mention to keep the truth of our origin, rooted in the lies that have been sold as truth.  We are the Architects of a New Reality-Triple Helixed!

Another tidbit of mind blowing truth: 85% of mankind have rhesus positive blood that is it is evolved from the rhesus monkey. Only 7% have the O neg. It is the universal donor blood type yet can only receive it's own type. The people who ar...e O neg have their 6th sense in tact and share a plethora of paranormal or extra-normal experiences. They have a higher copper concentration which has been coined "blue blood"...hence connected to the original royal bloodline. Their electrical bio-chemistry is at a higher rate of ocillation so they have a higher sensitivity to light, elf's, emp's, can have an effect on electrical appliances/lights. The infusion of this bloodline is shared by Ezekiel when he describes the ancient astronauts. Truth is, since we are all now intermingled, our heritage is one that originates off this planet and it's story is told in metaphor beginning with our D.N.A. being "planted" in the Garden of Eden.
Quantum Physics has opened the door for science to play catch up with reality. The String Theory and Multi-Dimensionalism reflects what "reality" in fact is. Reality being this hologramed illusion, our D.N.A. is programmed to activate to the code of 11, the code that activates our double helix spiral. This is the code that awakens the mind to evolve the consciousness. Much like you'd play a computer game, we are a computer program. This double helix program is nearly over and will evolve into a new program.

As we move into the 12, trinity, triality or triple helix program, the current architecture is collapsing. The grids are being restructured and only those souls who have advanced to the triple helix upgrade will be participating in the creation of the new reality. When two or more agree on the reality...it exists. When those who are the new architects, have completed the new design, souls will incarnate here with the new upgrades. However being that we are multi-dimensional, there will still exist an old frame for those who must complete their "schooling" before they may graduate the 3D experience.
Posted by OrangeRay3 at 1:36 PM 1 comment: