Enslavement of a Nation

While you were being brainwashed by a media that insists you look young, slim, rich, beautiful and perfect in general; (however "perfect", in this application, demands botox, breast implants, viagra, designer jeans and luxury cars) it is my assertion that somewhere someone hijacked the evolutionary gene or at least stunted it with a false reality imposed daily in every direction one turns. Music seems to be pulsating erotica, attempting to seduce the listener into a pseudo orgy. Digitized, multi-tracked and synthesized for optimum sleaze.
Reality T.V. has led to an acceptable "Jerry Springer" like train wreck that as a culture, we apparently accept like a kid accepts candy even though they're diabetic.

As a child I watched as the 60's brought awareness, experimentation and revolution. By the late 70's the punk rock movement reminded us that things were not right and if we weren't careful we'd wake up prisoners. Little did we realize, the 80's would wage a classist war on our psyche, programming in the notion that we must have the appropriate material possessions to be socially acceptable. Most importantly, credit cards will help you get there! Mouse gets the cheese and BOOM the box is lowered!

The 90's brought us the grunge movement a direct answer to the bulimic Reaganomics. It screamed of intellectual starvation, it begged for organic earth-grown substance! Mass suicide, we gave up all hope and while we were weak and burying our sorrows in wine, we were assaulted and taken hostage. Held in a cell, like a scene out of a vintage sci-fi movie...media streaming in every direction, the lies it needs you to believe...about yourself, about the world but it is all a lie. And the "lie" is this: This is NOT acceptable! This is NOT how the Creator intended us to live....THIS is a man-made capitalistic prison and the corporate industrial and military complex has us brainwashed with the help of the media, into believing that THIS is the American Dream? This is no dream and it is not American, more like Draconian Nightmare...Resist!
Posted by OrangeRay3 at 10:42 PM No comments:

Five days before 9/11/01, I had this come through: "Something so dramatic is about to happen, that it will draw a line down the center of humanity. Those that are on the left, will awaken, as if a switch were turned on. Those that are on the right, will plunge even more militantly into denial." I did not know what it meant but I could feel the emotional weight of it. I became more and more physically ill as the days wore on. By Sunday 9/9/01, I was very nauseated and had not been sleeping or eating. In band rehearsal, my bassist was grooving on a drone rift and this came to me: "Awakened from this dream, corrosion burning through metallic seams, a dying breed lies bleeding. Splattered stains upon my hands, look inside me now, if you can. Do you see yourself, Can you see yourself now?" He asked me what it meant? Two days later, the entire world would know.

I always knew I was different. As a young child, I had a lot going on and a lot was going on around me. The cornerstones were: I knew God was not in a church nor did God care about money. I was very aware of racial inequity and bigotry. I didn't like it one bit, even at 5 yrs old. The one that would really bring me to tears was the desperate need to understand exactly what this "place" is? That and a traumatizing childhood, would lead me down a darkened path in search of illumination. I was on a mission, a mission to understand the purpose of this plane of existence and my contribution to it. My soul, my purpose, my path.

Standing in the market at 18, I finally realized I could feel others emotions. Until then I was infamously know for being TOO sensitive by those less aware and until this point, I just thought the vast interior, multi-dimensional reality I retreated to out of self-preservation, was normal??? I now know, these are the characteristics of Starseeds and Awakened Souls. I suspect that there are MANY Starseeds and Awakened Souls out there who don't even realize that they're a part of something bigger than one could imagine!

Awakened Souls have a timeless quality about them. They are magnetizing and self-sourcing They are authentically aligned with their soul essence; inspiring and empowering others to live their true path. They have separated out of this 3 dimensional reality and are vibrating at a higher frequency. This would be as if a radio station received higher wattage, their frequency could travel farther and they would receive more information from further away... Or higher watts in speakers...louder! So awakened souls can thus perceive more, expanding awareness where thoughts turn from self to selfless. Recognition and validation are vital to this awakening. Recognizing and releasing patterns that don't support the truth is imperative! 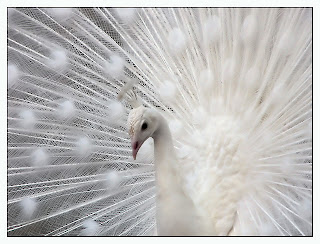 When we live with intention, awareness and empathy we are Awakened! When we demonstrate integrity, we teach and create self-respect. All we have is now, make the most of your time here on Earth as it is your classroom. Ego is the facade of the husk, it is not you. You are spirit expressing through human form, pushing the species forward to a higher frequency. It is the most important job you can do!
Posted by OrangeRay3 at 4:35 AM No comments: