The Veil will Fall

It was clear some time ago that "Batman" was an affliction. Heath was sacrificed, as was Micheal, Amy Winehouse, Brittany Murphy, Whitney....the list is too long. Heath & Brittany in ritual and Micheal, Amy and Whitney for control of their catalogs and in connection to larger rituals: Super Bowl ritual, Grammy Award ritual; Amy being a virgo and 27;  her DOB fell on one of their important dates, giving the ritual more power.. (Virgos are important to them because they symbolize the "virgin mother").

The Illuminati are not people we know or see; they are the Cabal of wealth. Our elected ones are their minions. Many are sacrificed now for their rituals; the Olympics being the next one. That one is connected heavily to Zionism for that serves as a huge component and driving factor in all this. The Jews assert they are the chosen ones and the Christians bow down behind the Jewish Cabal which is not to be confused with the Gay Cabal or the Scientology Cult of Control! These are all Theocrats. It is their fight for supremacy that we are bound to by their "divine right".
Now we have the Olympic ritual! This thing in CO. Aurora=Dawn; at the Century Theater=New.....New Dawn is the Illuminati symbol. 16 theaters 6+1=7, 7 is the # for the Angels. It happened in theater 9=Completion. Trial in Centennial...all a part of the ritual...giving it more power.
Holmes is clearly drugged up, in solitary and his files are sealed? (Sounds like Bradley Manning or Julian Assange) No one saw him as he had on a black hood and gas mask. Theater 8 said while they heard gunshots in theater 9 going off, the door opened in their theater and a canister of teargas was thrown in. Who did that? From the first cellphone 911 call, it was 60-90 SECONDS before the police were at the theater and it was a Swat Team??? In 60 seconds and it's a Swat team???? What were they lying in wait?  So many things make no sense, like the military who took out Bin Laden, all staged and then the air team is killed? As with the AZ guy who shot Gabby Giffords, yet another False Flag "staged event". The 2 shooters could be the same guy!
All this can also be a great ploy for Gun Control.
As with the Kennedy's, King and all the others who were sacrificed for the sake of the collective societal consciousness...and all the MKUltras who were programmed to do so. All these staged events create the intended=Fear and with that we give up our rights! From a spiritual perspective, it is this "naivete" that we must grow beyond. Discerning truth vs. manipulation.
All of these RITUALS=THEOCRATS!
We have to fight them but it must be in a collective and united way. We will win, but they will take no prisoners.
The collateral damage is why we must all wake up now!
My commitment is to aid HUMANITY in releasing prior agreements, attachments and limiting perceptions.
The Theocrats are the darkness upon this planet and I am one of many who are here to stop them. Each incarnation here, I have participated in outing them and releasing the truth to humanity so it may be released from a VERY OLD contract that began so long ago, it's existence has been veiled from us. My empathy would drive me mad were it not for the knowing that WE must evolve this one on our own; which is not to say that we aren't being aided by others...on both sides...the dark is being aided by darkness and the light is aided by light...in the end..everything is dark until we get back to the light! xo
Dark is a motivator back to light... 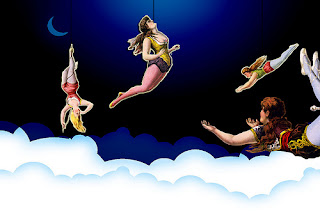 Posted by OrangeRay3 at 6:58 PM No comments: