Disconnect from the Archonic System by Dissolving the Chakras.

About year ago, I received some radical information regarding our chakra system. At the time, my reaction was: YES! It all made perfect sense! However, being an energy practitioner, this information not only went against my training and 12 years of experience working specifically with the chakra system;  but prior to officially learning how to clear and balance chakras, I had been doing hands on healing for nearly 20 years. Also, with the amount of misinformation being flooded into the societal consciousness, especially through the New Age Movement, could I trust this epiphany or was it another bait and switch?  I have NEVER considered myself a part of the New Age movement, or any “movement”, as I am, for the most part, a “lone star”; in spite of being raised within the community. (My mother, with whom I am estranged, was an Astrologer and part of the movement in the early 70’s. She was also a programmed mkultra).

Now in my 50’s, I see how the chakra system had been circumvented into the mind control program, a program that was implemented in Hollywood to create “honey traps” such as my mother. They also seeded the early stages of a disinformation program, through the New Age movement. This, making it very difficult for someone just “waking up” to get the true, and valuable information needed to disconnect from the negative alien agenda.
I have spent the last year, researching, contemplating, and now I look forward to experiencing this new concept related to our chakras.  I now feel secure in sharing this realization as time is short.  Some may already be familiar with this knowledge; others may resonate with it immediately. Some may get angry or freaked out and that is alright...those are merely the implants “talking” at you, because the LAST thing they need, is a mass exodus.

So here it goes: Our chakra system is the very alien implant system that tethers us to this 3 dimensional matrix. We are taught to ground ourselves to the Earth; the process of opening and clearing our chakras is merely maintenance to aid the Archonic mind control program, which has compartmentalized and fragmented our energy, through this mechanical chakra system.
By dissolving the chakras and reactivating our core essence architecture, all the pain and torture, the stalking, the headaches and energy drain ends! Through symbology we can see this “Core-Essence” conveyed in the Sun/Star burst on the heart chakra of the prophet Jesus. This “Christos” or Light, is demonstrated in all depictions of him. Note that he is showing you the secret. 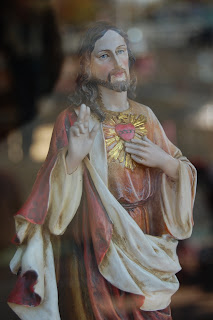 Here’s the catch: this chakra system is part of the 3d architecture and MUST be removed and restored to organic, BEFORE anyone can ascend to the 5th dimensional Earth. This has nothing to do with our organs or our “energy centers”. This is merely a mechanical system that’s been etherically attached.


The original human blueprint design features 3 energy centers: Core/Heart, Pineal/Crown, and Base of Spine. It is this triad that is represented by the “Holy Trinity”: As Above; So Below, and Core/Center. This is how a triple helix “battery” system is run without duality. With heart and mind we manifested an avatar body to explore.
It is from this renewed position we return to merge with our “Oversoul”, to evolve into crystal, light beings.


Many of you, who have been working to elevate your frequency, may or may not have noticed the chakras going dormant in which case they are clearly ready to be dissolved. The majority, however, are being targeted everyday via this access program. The recent show of "rainbows" via the gay community’s right to marry; invoked a mass opening of chakras, ripe for the energy harvesting. The Illuminati use sports and entertainment events all the time to harvest energy. These harvests of energy, fuel and power up the Illuminati’s occult rituals as they work to dominate the planet, her people, and the resources. It’s important that this issue of dissolving the chakras be addressed with a researched and knowledgeable practitioner. If not done correctly, it could bring about retaliatory Archonic energy.
This mechanical system was implemented to cut off our access to self-sourcing. When dissolved, one has a significant amount of energy available, clarity of thinking, better health, increased prosperity, and diminished resonance or identification to the limiting 3d matrix.


It is not for everyone because not all will be ready to let go of drama, as it has become an unbalanced and distorted addiction. One of the reasons souls incarnate to Earth is because of our human emotions, which are a specific feature to humans on this planet. Drama can be an expressive motivator or a toxic inhibitor. When I say: “I love you with all my heart and soul, forever!” it is the dramatic expression that conveys the depth of my passion, and passion is the spark that ignites my intention!
Instead of hindered transmissions of passionate, compassionate, unity with the core essence, one is finally able to: Live Love! Welcome to the New Earth xo

"We are the Architects of a New Reality!"
Shanti~
shaman Wendi xo
Note: I will be shifting my practice into Dissolving Chakras and clearing out this architecture from here forward, as I can no longer operate under the old system.

Posted by OrangeRay3 at 8:52 AM No comments: