House of Ametrine~Aquarian Architecture of 5D 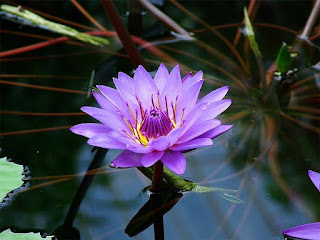 We have made it! We have grounded 5D and anchored the template.
Everyday, little by little, the architecture of 3D is being dismantled.
Those of us who’ve been on the frontlines for many years now, are able to see the fruits of their labor. Having already faced the shadow, and done the soul retrieval work.

Many on the following “wave”, will find themselves in the thick of pain; just now going through the needle’s eye. Letting go of dysfunction can be difficult when it is all we know. It can also feel alienating to wake up, especially if those around you are still asleep.
Cognitive dissonance with the normalcy bias is a kicker!

Still others, are just now waking up into the confusion we all know too well, and are in need of briefing and stabilizing. We can only help those ready and willing. Don’t take resistance personally. Lead by example, from a place of awareness, not ego.

We are not only overriding the system but we are overwriting the program!
Navigating our pioneering spirits, beyond the paradigm and into our new expanded reality.

Moving between multi-dimensional realities require lightness of being and expansion.
Letting go of limiting perceptions regarding gender identity and roles, nationalism, and dogmatic self personifications, will enable the true integration of yin/yang, thus manifesting the “trinity” of neutrality. This is the most notable feature adaptation our species has acquired through this evolutionary leap that we now embark upon. To recognize that we as crystalline energy, have entered our avatar vehicle, to experience a human existence. Not to be held hostage by it, but to experience it for it’s freewill system and to participate in the human “drama” that accompanies our frequencies emotional landscape.

There is no room for fear, so letting go of these fragmentations of self will be our only recourse.
If we are to graduate to the next level, we absolutely must practice fearlessness, acceptance, unity, and neutrality for we are being called upon to shatter duality. For this to occur, we must cease to polarize from within.

We are in Indigo Boot Camp for the Soul!

Indigo Boot Camp
Posted by OrangeRay3 at 12:55 AM